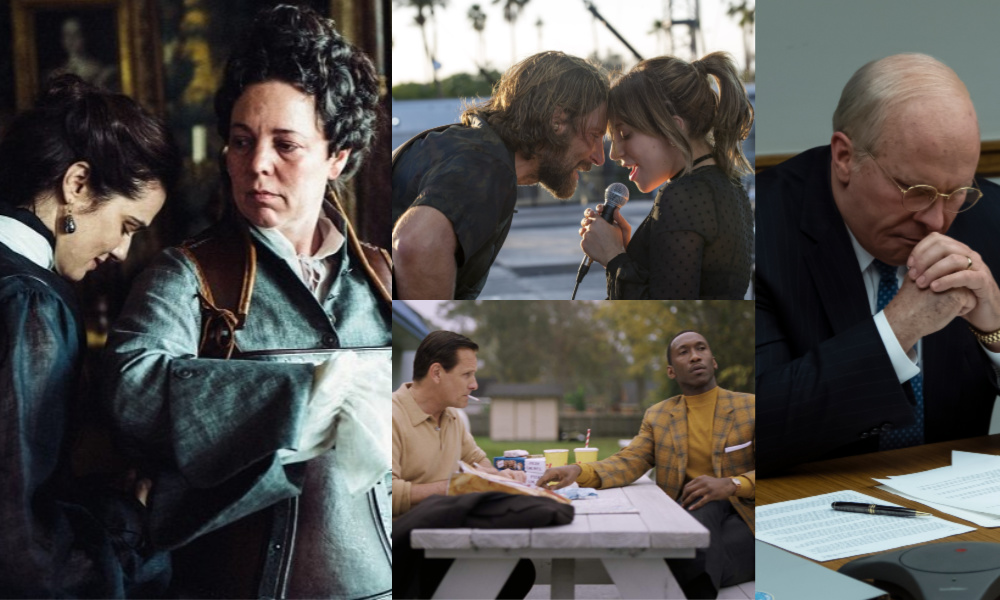 The morning’s announcement of the 2019 Academy Award nominations showed that The Favourite is certainly a film favorite among academy voters. It is leading the way with an incredible 10 nominations, alongside Netflix’s Roma. Yorgos Lanthimos received a nod for Best Director, with each of the film’s stars – Olivia Colman, Rachel Weisz and Emma Stone – each receiving nominations as well. The film also picked up a nomination for Best Picture, as did Golden Globe winners Vice and Bohemian Rhapsody, as well as A Star is Born, Roma, Black Panther, Green Book and BlacKkKlansman.

A Star is Born was an early front-runner, having received non-stop acclaim from audiences and critics alike since its initial screenings. The musical love story received a total of 8 nominations, tied with Adam McKay’s Vice. Both films received Best Actor nominations – for Bradley Cooper and Christian Bale, respectively – and Lady Gaga received a nod for Best Actress.

Marvel’s Black Panther received an incredible 7 nominations, marking the first time that a superhero film has ever received a Oscar nomination for Best Picture.

Golden Globe winners Glenn Close for The Wife and Rami Malek for Bohemian Rhapsody were both nominated in their respective categories. For Close, this marks her 7th nomination, while it is a first for Malek.

Lady Gaga, “A Star Is Born”

Melissa McCarthy, “Can You Ever Forgive Me?”

Bradley Cooper, “A Star Is Born”

Sam Elliott, “A Star Is Born”

Richard E. Grant, “Can You Ever Forgive Me?”

“Spider-Man: Into the Spider-Verse

“Of Fathers and Sons”

“Hale County This Morning, This Evening”

“A Night at the Garden”

“The Ballad of Buster Scruggs”

“If Beale Street Could Talk”