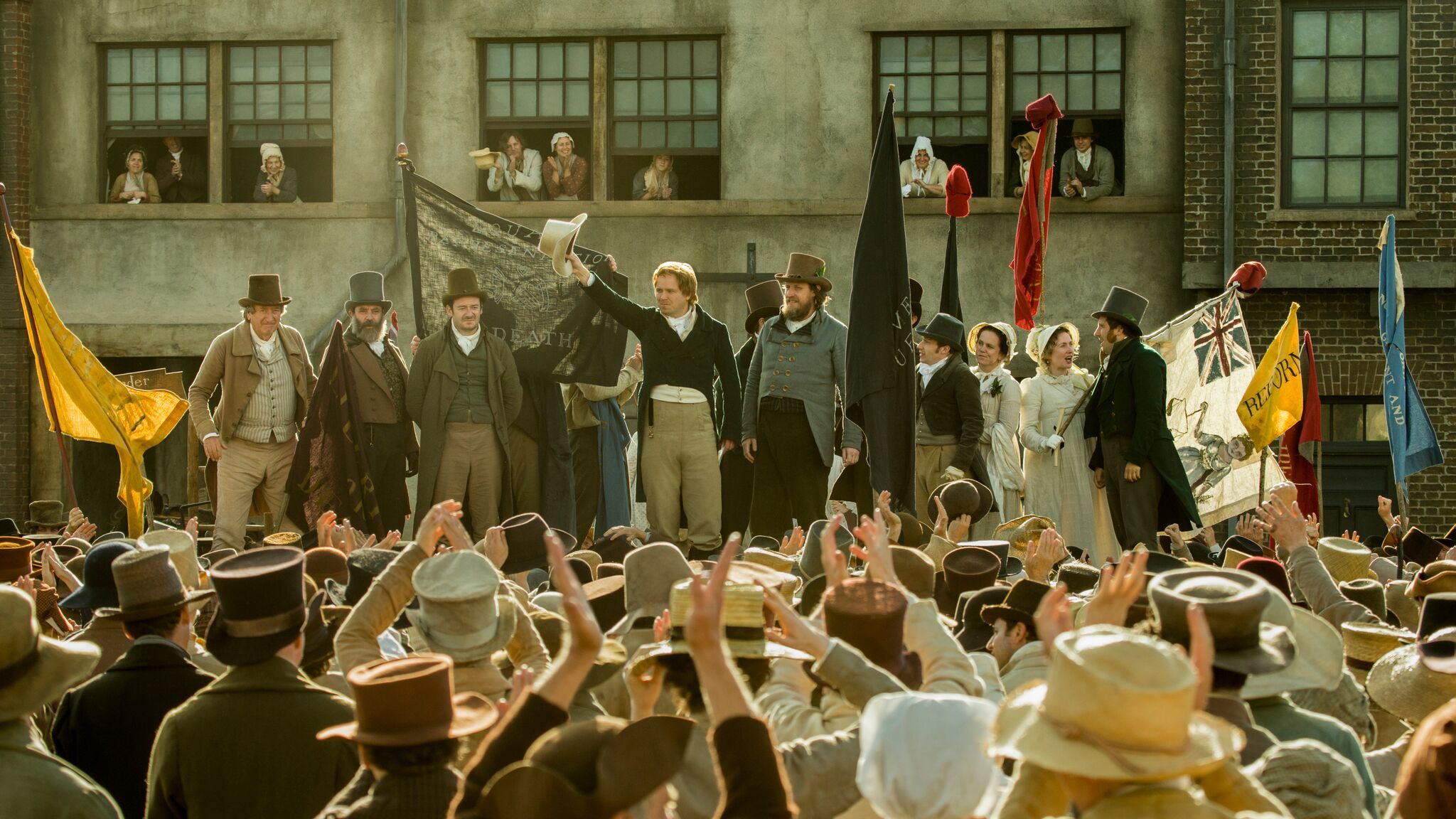 Seven-time Oscar nominated director Mike Leigh’s films (ANOTHER YEAR, SECRETS & LIES, VERA DRAKE) are known for being character-driven. With PETERLOO, he aimed to do the same. Instead on focusing the cerebral, statistical facts of this devastating massacre, he instead chose to focus on its central characters, giving audiences a much more personal, emotional viewing experience.

The Wall Street Journal raves, “This is historical re-creation on an epic scale. Yet it’s a down-to-earth epic, with a density of detail that’s stirring in its humanity and frightening in its clarity about miscalculations on both sides.”

Through the 6-month rehearsal period, he took the time to sit with each actor in this massive ensemble cast and work with them on their role. Here, he describes the film’s rehearsals:

Leigh believes in portraying real people, in the most authentic way, and people “are both comic and tragic,” he states. Here, he elaborates on comedy and irony used in the film:

Internationally acclaimed and Oscar-nominated filmmaker Mike Leigh portrays one of the bloodiest episodes in British history, the infamous Peterloo Massacre of 1819, where government-backed cavalry charged into a peaceful crowd of 80,000 that gathered in Manchester, England to demand democratic reform.