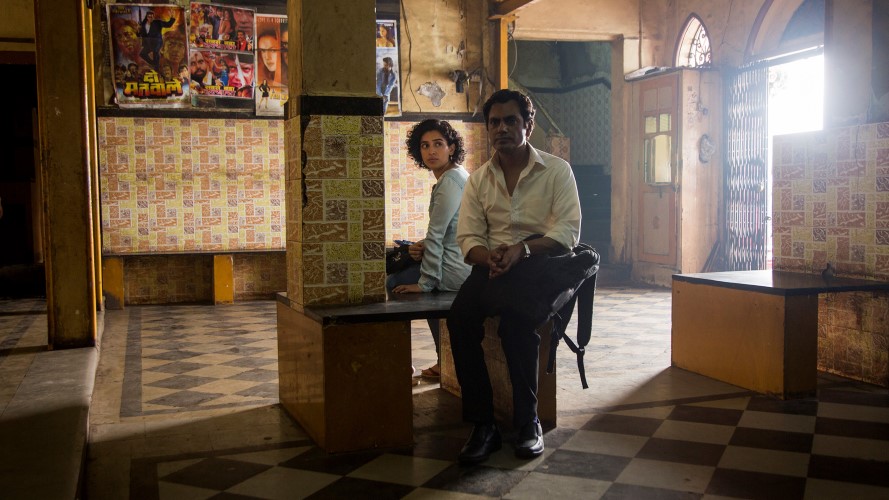 “A master at finding the poetry in the ordinary rhythms of life.”

Director Ritesh Batra (THE LUNCHBOX, OUR SOULS AT NIGHT) stopped by our sister theater, the Angelika New York, to discuss his newest work, PHOTOGRAPH, which the LA Times calls “a lovely, charming and gently transporting journey.”

The film walks a delicate balance, wherein its central two characters remain the viewer’s sole focus. Batra discusses that despite there being 52 speaking roles in the film, he wanted to keep as many of them off camera as possible, so as not to draw attention away from the leads. In alignment with that, there was a huge focus on sound design – the filmmakers actually spend more time on sound design than on editing – to maintain that delicacy that the film holds, and “get into the characters’ heads” through the music and sound within the film.

Batra actually wrote the film’s final scene first, in which he established the film’s premise, and then let the characters lead him, so to speak, towards writing the rest. “You start feeling [the characters],” Batra states, as his process is to let each step in the filmmaking process deepen and develop the script-writing, allowing the characters to grow and change.

From director Ritesh Batra (LUNCHBOX), Sundance Film Festival Official Selection PHOTOGRAPH is being praised by critics as “a film that will warm your heart.” It centers on a struggling street photographer in Mumbai, pressured to marry by his grandmother, who convinces a shy stranger to pose as his fiancée. The pair develops a connection that transforms them in ways they could not expect.