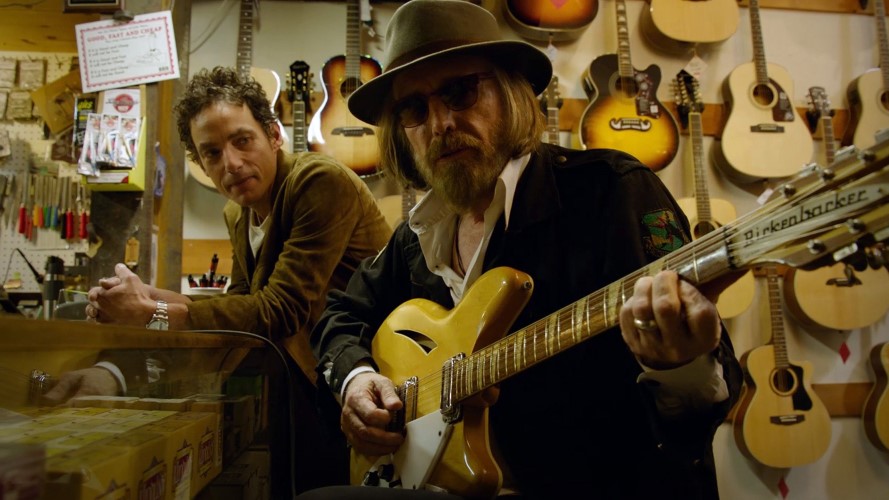 ECHO IN THE CANYON feels as breezy and warm as the Los Angeles that The Mamas and The Papas fantasized about in their iconic song California Dreamin. The documentary transports viewers back to the So-Cal of the 1960s through sun-soaked shots of Laurel Canyon, interviews with folk legends, and a steady stream of folk-rock standards. First-time director Andrew Slater explores how the Canyon became the epicenter of creativity that changed the folk sound and the music industry.

Slater and executive producer/star Jakob Dylan (yes, that Dylan!) stopped by the Angelika New York to discuss how their lifelong passion for folk music brought them together and inspired them to make ECHO IN THE CANYON. While interviewing musicians, Slater discovered how the bands influenced one another in a “communal and organic” way. He found this collaboration and community much more compelling than his original plans to make a documentary about “the electrification of folk music,” and ECHO IN THE CANYON was born.

The documentary highlights the transition from the bright optimism of The Beatles to the psychedelic introspection of the singer-songwriter era in the 1970s. ECHO IN THE CANYON features extensive interviews with folk music icons like Roger McGuinn and David Crosby (The Byrds), along with Tom Petty’s last recorded interview and a particularly revealing talk with Michelle Phillips (The Mamas and the Papas). ECHO IN THE CANYON is a loving tribute to the musicians who transformed the industry with their timeless harmonies and 12-string guitars.

ECHO IN THE CANYON opens Friday 6/28 at Kahala Theatres.