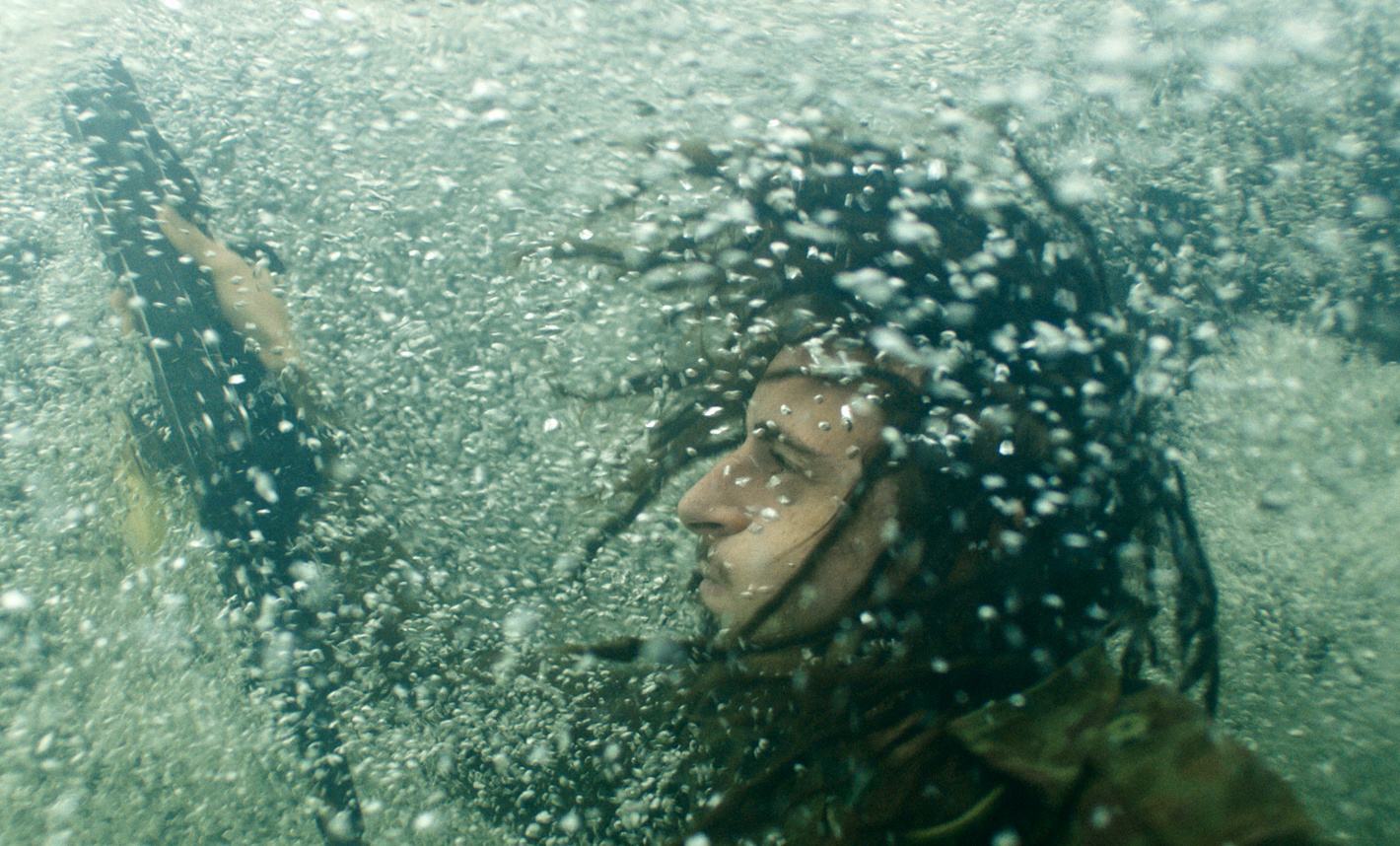 A “Ghostly” War Film is Pushing Boundaries in MONOS

Eight teenagers live high in the mountains with only each other, a handful of weapons, and a prisoner-of-war for company. The only contact they have with the world below is through a radio and their ruthless drill sergeant. So begins the gripping and intense film MONOS, which follows the group as they grapple with growing up as soldiers and try to cope with the violence they have experienced and inflicted on others.

Director Alejandro Landes and two of the film’s stars, Julianne Nicholson and Moisés Arias, stopped by Angelika New York to discuss making a war movie that no one had seen before.

With MONOS, Landes wanted to push the boundaries of naturalism to create a mysterious and “ghostly” film that could take place in an apocalyptic future or the past. Landes notes that war “provides a window into who we are as a species” and he hopes he can take something recognizable, like a war film, and turn it into something new. Using guerilla warfare in Colombia as his lens, Landes explored the dual nature of the teenagers’ “lust for power” and longing for love, which are universal themes.

Both Nicholson and Arias described their willingness to join the project, even though they knew the shoot would be emotionally and physically demanding. Arias said yes immediately after reading the script. Nicholson took a “leap of faith” because the film was “exciting and unknown.”

MONOS is visceral and strikingly beautiful, and is described by RogerEbert.com as “A monumentally cinematic experience of lush wilderness and raw emotions.”