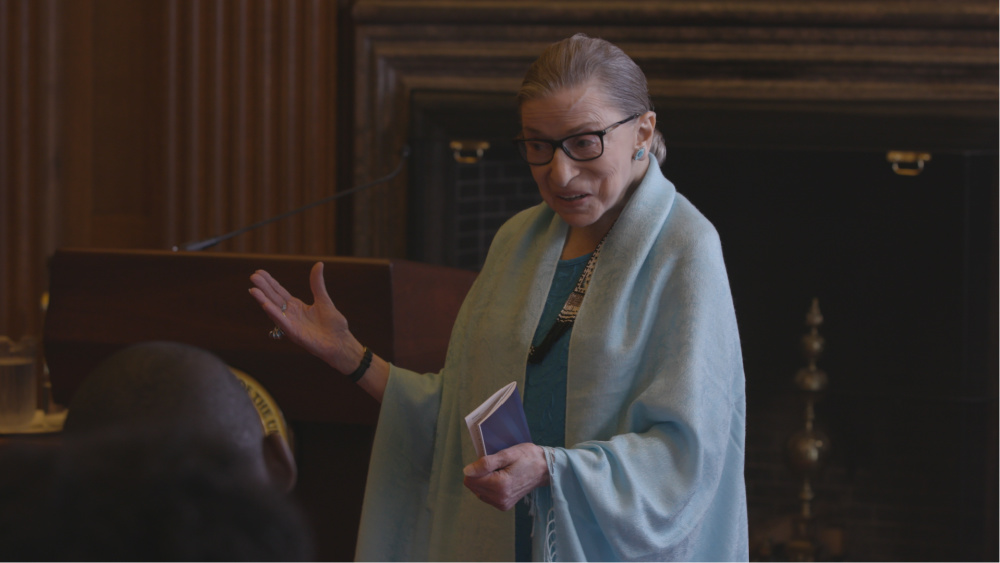 The Oscar®-nominated and Emmy®-winning documentary RBG, directed by award-winning filmmakers Betsy West and Julie Cohen, chronicles the inspiring and personal story of Ginsburg’s rise to the nation’s highest court while becoming an unexpected pop culture icon. “From her Supreme Court chambers to her exercise room, what a privilege and a joy it was for us to train our cameras on RBG, and capture the story of this feisty, determined, brilliant woman who used her talents to make our world a better place,” said West and Cohen.

In addition to owning the film, you’ll also have access to a long-form Q&A with the directors from earlier this summer.

“She’s a woman who had so much power and presence that being around her for the time that we were to make the movie was just an incredible experience.”