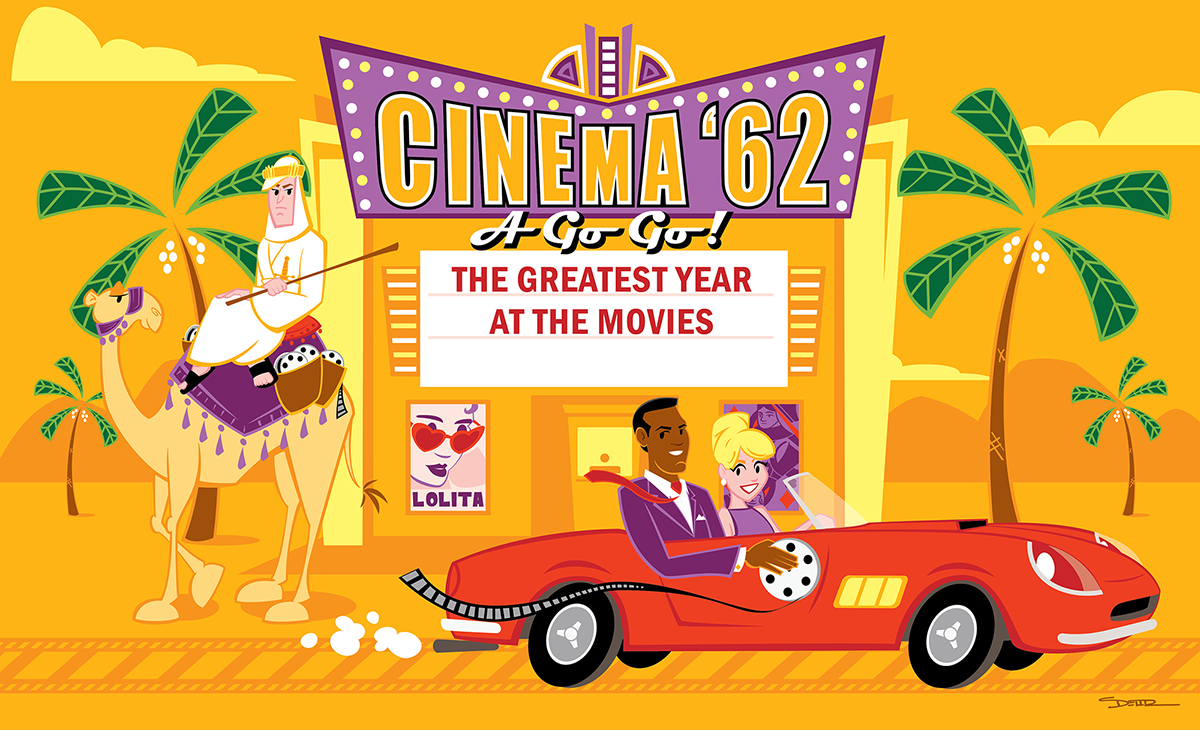 Vitagraph Films 360 presents “Cinema ’62 A-Go-Go” a 100 minute virtual multi-media extravaganza for film and pop culture lovers – based on the book Cinema ’62: The Greatest Year at the Movies. This unique virtual experience features special guests, film talk, musical performances, cocktails, a cascade of memories… and YES, we will be dancing “The Twist” with Chubby Checker!

Cocktails with Stiletto City’s Kastle. Dance Lesson by Spitfire from the Devil-ettes.

“Cinema ’62 A-Go-Go” is more than a book talk, more than a Q&A, more than an interview. In a variety show format, it re-examines the year in film and everything in between as we delve into the cultural context of when these films were made – with special guests, cocktails of the era, major amounts of music, prophetic politics and even a little dancing.

Stream SHE IS THE OCEAN & support Consolidated Theatres!